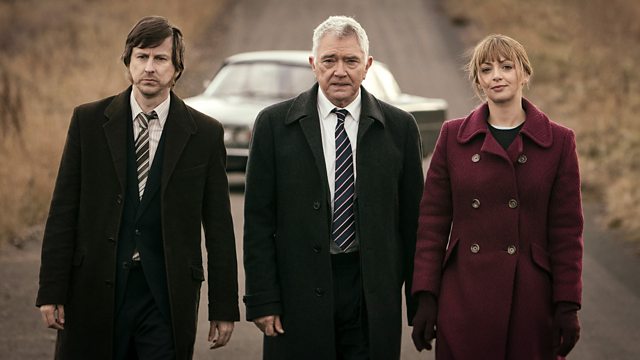 Recently Inspector Gently has been following me around. Every charity shop I enter, every library I visit and every bookshelf I browse, there he is with his witty titles and pretty, picturesque cover pictures. I’d already seen the Martin Shaw headed TV series, but I’d never read the books, yet somehow they just seemed to keep cropping up.

So, taking the hint, I decided to check him out, and I’m happy to say these ingenious books are as quaint yet punchy as you’d expect. Alan Hunter’s novels are easy reads and their enchanting East Anglian setting and genial Inspector leave you feeling relaxed even as you read about grizzly murders and evil plots. Sit back and enjoy these five classics that I’ve picked out especially for you.

5. Gently With The Ladies: Mid-way through Hunter’s epic 22 novel series, this book has all the classic hallmarks of an Inspector George Gently caper: red herrings, fake alibis and seriously dubious choices made by the chief suspect. In this case, the accused is linked to Gently, who is at first convinced of guilt but then becomes intrigued by the yarn and decides to follow it through and find out more.

4. Gently Where The Roads Go: Despite showcasing everything from racial tensions to sinister gangland hits, Hunter somehow manages to make his Inspector George Gently novels quaint and restrained, which is a real feat. They are, nonetheless entirely compelling, and this is no exception. Gently works in this book to uncover the killer of a Polish immigrant who was gunned down in a layby. With a plethora of motives Gently has a tough road ahead as he works to track down the killer. 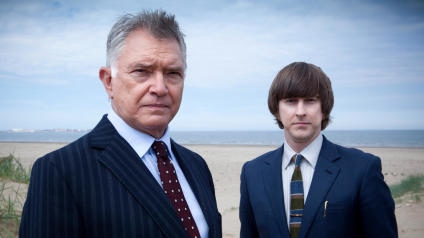 3. Gently By The Shore: Inspector Gently is called to investigate when an unidentified and seemingly unidentifiable naked body is found in the sand at a popular tourist destination. Faced with fleeting and vague accounts, a mysterious corpse and terrified travellers with seemingly nothing in common, Gently has to use all his wits to solve this mystery.

2. Gently Floating: When a body is found in a river Gently finds himself faced with too many suspects, leaving him questioning everything as he rushes to find a cold-blooded killer. In true Hunter style, this is an understated yet profoundly human book that is easy to read and highly entertaining.

1. Gently Does It: I feel I’m becoming as formulaic as some of the books I review, but I’ve come to believe that the first book in a series is the best place to start, and I’ve not been proved wrong yet. The first in this series shows Inspector Gently on holiday, only to find himself on the trail of a killer with a local policeman antagonising him the entire time.