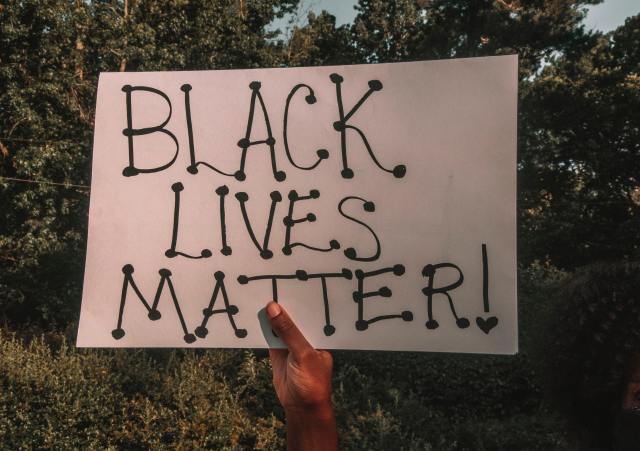 The Black Lives Matter protests, in response to the murders of George Floyd, Breonna Taylor and so many other innocent black people, look set to change the world for the better.

As a white person, I can never understand what the BAME (Black, Asian, and minority ethnic) community is going through, but I’m trying my best to be a supportive ally.

One thing I, as a white person, have noticed is that other white people keep asking members of the BAME community to explain what’s going on to them.

That is fucking stupid.

It’s not the BAME community’s job to educate you. You’ve got the whole internet at your fingertips, not to mention books, documentaries, blogs, podcasts and more, all explaining the history of racism and white supremacy.

I see it myself all the time; white guys I went to university with demanding explanations for stuff that they could learn about for themselves like sexism and why I hate the President of the USA.

Recently, a guy I went to school with commented on a Facebook post asking me to prove that Donald Trump’s photo op at that church, where he cleared a congregation to take a picture waving a bible, was real. Like he couldn’t read the news for himself.

And that’s just me dealing with douche bags I went to school with; if I’m irritated, it must only be 10 million times worse for the BAME community.

Don’t get me wrong; if the BAME people you know want to talk to you about the protests or their experiences, then listen, support them and ask questions if you need to. Be a good friend and ally.

Just don’t expect them to educate you and prove to you that racism exists.

If you don’t know or understand what’s going on right now, or why these protests matter so much, then read about it- don’t put the burden on your friends.

There are loads of free resources, blogs and websites online that will help you to understand the importance of this movement, including:

These aren’t exhaustive lists; go out there and read as widely as possible. The world is evolving and you’re living through history- put some fucking effort in and learn about what’s going on!

Try to read books written by as many BAME authors as possible, so you can find out about different perspectives without being an annoying dick to the people you know.

So, in all, be a supportive friend and learn for your fucking self. I’m not asking you to do much, just read and learn without having to make your friends, who are already in turmoil and living in a bloody strange world, educate you like you’re a small child. Read and learn like the responsible adult you’re pretending to be.

8 thoughts on “Black Lives Matter: If You Don’t Get It, Fucking Read And Educate Yourself!”