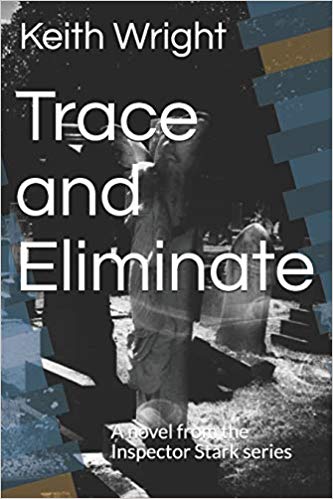 After having interviewed author Keith Wright I was excited to check out the second in his Inspector Stark series. I had to wait a little while but eventually I received a copy and was keen to check it out.

Set in the 1980s, this latest in the Inspector Stark series sees the dogged detective battle against both his own demons and the seemingly motiveless murder of a solicitor.

A hard-working family man seemingly with everything going for him, there doesn’t seem to be any reason for anyone to kill him. As Stark and his team race to find the killer a second, equally motiveless murder occurs, and the team has to work even hard to prove themselves to be ahead of this evil killer.

This is only the second in the Inspector Stark series, yet somehow he feels like a long established character with his own quirks. Yet, despite this, he doesn’t feel like a tired caricature; Stark is as individual as it gets, and his team all work together well, interacting in a natural way that makes this book exciting, thrilling yet at the same time completely believable.

The characterisation is the real selling point for this novel, with the core detectives, their suspects and witnesses all perfectly crafted so as to be both suspicious and at the same time believable. Many obvious but often-overlooked traits, such as pride, envy and intuition are all shown here in all their glory, making readers sympathetic to the character’s and their situations.

One thing I would say, and it’s literally my sole criticism, is that at times the language is a little clunky. There’s a lot of hedging that goes on, with phrases like ‘a bit’ used with alarming regularity at times. At others, the novel is exceptionally witty and intense, with the author taking control of the narrative and driving it towards intense conclusions that leave readers guessing with every new clue discovered and every new lead followed.

In all, this is a great historical novel, and as such if you’re a fan of old school detectives then Trace and Eliminate is the book for you.