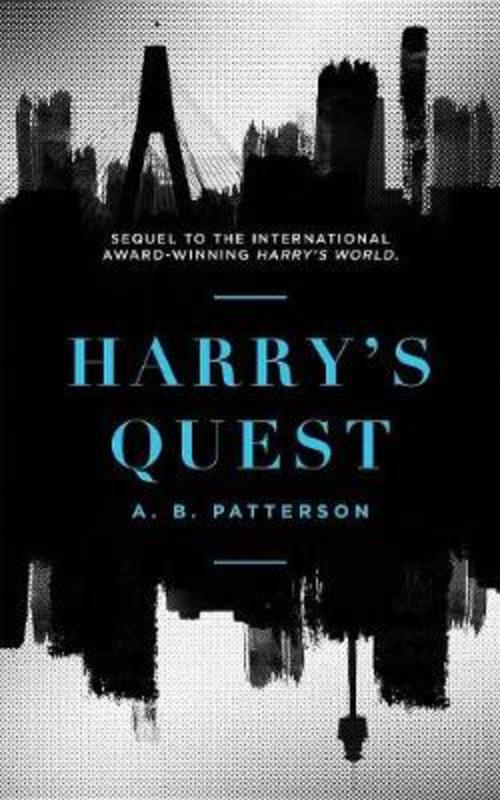 Having interviewed Sydney based author and former police detective A. B. Patterson last year, I was pleased to be able to review the second in his series about his dogged private investigator Harry Kenmare, Harry’s Quest.

A private eye novel with real grit and drive, Harry’s Quest sees readers reunite with investigator Harry Kenmare as he seeks to right the world’s wrongs and achieve his revenge on a world that has taken a great deal from him. Drawing on Patterson’s experience as a policeman, the novel is gripping and features a host of memorable characters.

The sequel to Harry’s World, like its predecessor Harry’s Quest consists of five ‘parts’, which each act as a component part of the whole to create an interesting narrative. Gritty and spellbinding, the novel combines the same short, sharp sentence structure and witty dialogue that made the first novel so popular and adds an extra element of danger.

In this second outing for Harry Kenmare, the private detective is now inundated with work as the elite seek him out to do their dirty work. He uses these jobs to finance his real focus; revenge on those who have wronged him in the past.

Having assembled a team, Harry uses them to extract his revenge and get back at the monsters that preyed on him and those he loved. Packed with sex and violence, the novel gives an eye-opening view of the nastier side of human nature and the motives that bring out the worst in people; money, power and sex.

Ultimately, Harry’s Quest is another cracking example of author A.B. Patterson’s expert storytelling as he takes his hardboiled investigator for another spin and lets him loose on the elite and the scandalous. Balance is the key here; Patterson gets it just right, with enough gore, grime and gentile backstabbing to have the reader coming back for more.

One thought on “Harry’s Quest Review: A Shockingly Good Thriller”