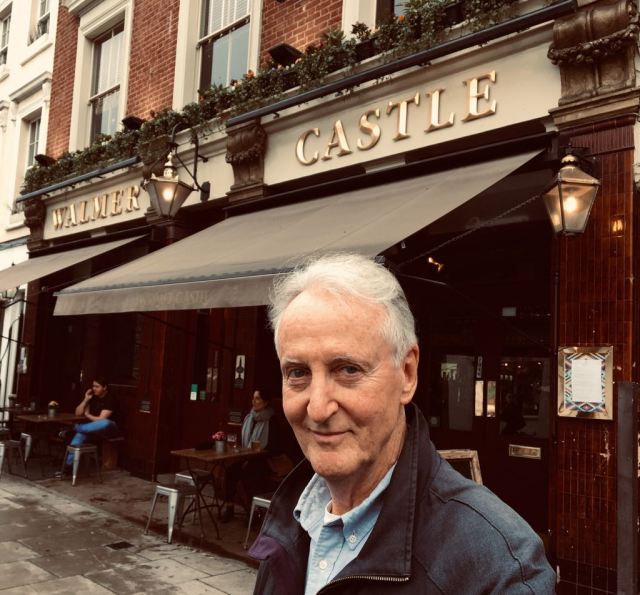 This week I’ve got an awesome treat for fans of the Rina Walker novels, as I talk to Hugh Fraser, Actor and Writer extraordinaire, who offers me an insight into his books and how his experiences influenced them.

Tell me about how you came to define your writing style. What drew you towards thrillers?

I’m not aware of having a particular writing style but I’ve always enjoyed the gritty American crime writers like Elmore Leonard and James Ellroy and I imagine I must have been influenced by them in terms of style and also as to my choice of genre.

How do you draw on your time acting and how does it inspire your writing?

When I was a student at drama school in the early 1960s I lived in Notting Hill when it was a much poorer and rougher area than it is today and so I was able to observe the deprived conditions that Rina Walker grew up in and the criminality and racial prejudice that existed then. When I had no acting work in the early days I also worked as a musician in the kind of Soho hostess clubs that Rina frequents with her girlfriend Lizzie.

Tell me all about the Rina Walker series. What was your inspiration?

I have always collected the black and white photographs of Roger Mayne and Bert Hardy who captured so many evocative images of the poverty and dilapidation of the post-war inner cities. Roger Mayne’s series depicting the street life of Notting Hill and North Kensington in the 1950s I found particularly evocative, with Teddy Boys in their drainpipe trousers and drape jackets, and Teddy Girls in pencil skirts and tailored jackets with velvet collars, strutting their stuff, while raggedy little kids in threadbare clothes play football and hopscotch, or gather on the steps of the tenements.

It was in this neighborhood and this kind of poverty that I imagined my heroine Rina Walker growing up, the daughter of a recently murdered gangster and alcoholic mother, forced into a life of crime at an early age in order to care for and support her two younger siblings and all too soon acquiring the skills and expertise of a contract killer.

What books do you like to read yourself and how do they impact on your own writing?

I have just finished the wonderful Love Hurts by William Boyd and I’m about to start Milkman by Anna Burns, which has just won the Booker Prize. I’m afraid these kind of beautifully written novels, which make us consider our lives and how we live them, have little or no impact on my own writing. My books are no more than entertainment of a very basic kind.

If you could collaborate with anyone, living or dead, who would it be and why?

What an interesting question. I think it would have to be Marcel Proust – but only if he’d let me share his Madeleines.

What’s next for the Rina Walker series? Have you got any exciting plans to develop it that you can share with us?

I have no plans to start another outing for Rina at the moment but I won’t be surprised if she gives me a nudge sometime soon.

Is there any other work you’ve got coming up that you would like to tell me about?

I’m going to Iceland in a couple of weeks to appear in the Icelandic Noir Festival, which I’m really excited about.

Are there any new books or writers that you are looking forward to moving forward?

I heard Edith Eger on Woman’s Hour this morning talking about The Choice, her harrowing account of surviving Auschwitz and slave labour in Germany. I was deeply moved by her heroism and optimism after enduring such unbelievable hardship and I can’t wait to read it.

Thank you for asking me to join you.

It’s been awesome hearing from you, thanks for taking the time to answer my questions. You can read more about Hugh and his work HERE.