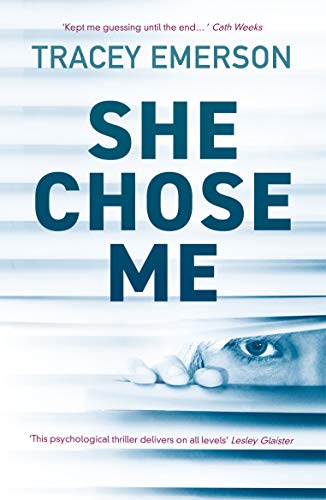 Another exciting blog tour article for you today! This time it is gripping thriller She Chose Me by Tracey Emerson, which was only published a few days ago. Hot off the press, I wasn’t sure what to expect with this thriller, but was pleasantly surprised to find myself hooked only pages in.

Having lived abroad for many years, protagonist Grace comes back to London to deal with her Mum, who is now dying. She then starts receiving disturbing Mother’s Day cards, despite not having any children herself. 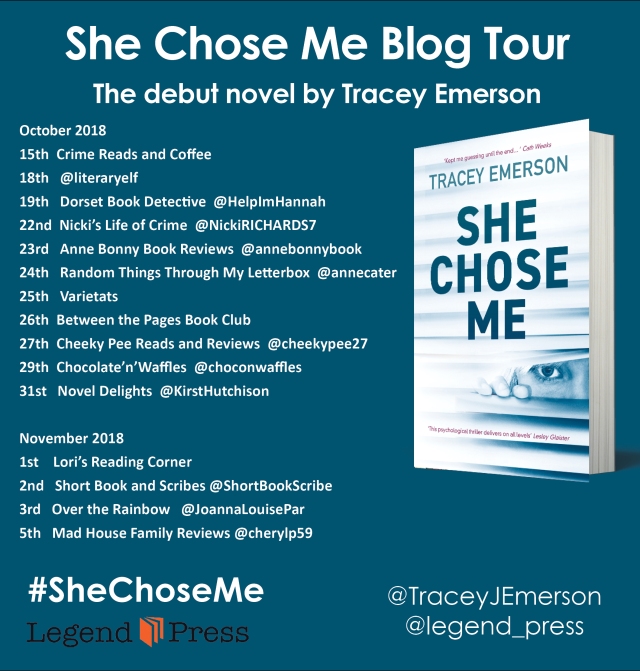 That’s when things start to get really eerie. Emerson paints a chilling portrait of a woman driven to the brink of insanity by someone clearly out to torment her, with silent phone calls causing flashbacks to a past that Grace thought she had managed to outrun.

With the truth closing in on her, Grace becomes a disturbed mess and readers get to see Emerson’s exceptional characterisation in action. The author paints a remarkably astute and accurate picture of a woman on the brink, all the while keeping her readers guessing and giving them teasing clues that lead them piece by piece to the final, nail-biting finale that leaves readers on the edge of their seats.

I’ll be honest here: generally speaking, these psychological thrillers where human nature and personal conflicts are at the centre is not really my bag. Give me a good serial killer any day. But She Chose Me really is in a league of its own. This novel has style and class in abundance, and Emerson drives the narrative forward at a startling pace, giving the reader no time to dwell in what may or may not have happened. There’s no time for boredom in this fast-paced thriller.

Written in the first person, the novel shifts between past and present, giving the reader an intriguing insight into both Grace’s current situation and the events that led to it. This alternating narrative is done well, and is not clumsy as some attempts often are.

Overall I was pleasantly surprised by how much I enjoyed this tightly wound thriller, and I will be looking out for more of Emerson’s writing in the future- and I would suggest you do the same.