As the latest movie adaptation of IT continues to be a box-office favourite, his last collaboration with his son, Sleeping Beauties hits shelves and the Netflix adaptation of Gerald’s Game also hits screens, I explore the reasons behind King’s enduring success.

His first published work was a short story which was sold in 1967, and since then King has had a number of hits, with many of his novels and stories gaining popularity with readers before being made into successful TV or film adaptations which garner him international attention. The Shawshank Redemption, based on King’s novella Rita Hayworth and Shawshank Redemption from his 1982 collection Different Seasons, regularly tops lists of the best films of all time.

Despite having won copious awards, gained worldwide acclaim and amassing a fortune from his vast back catalogue, King, who is aged 70, still remains a great public figure and often publishes multiple books each year, and holds numerous promotional tours and appearances to promote them. According to his publicist, he is so incredibly busy that he doesn’t even have time to do an interview for this blog (the horror!).

Additionally, King also maintains a strong social media presence, with many followers enjoying the tales of his Corgi, Molly, AKA The Thing Of Evil, as well as reading about his latest exploits and seeing trailers for the latest adaptations of his books.

It is this ongoing presence, as well as King’s willingness to embrace the changing publishing market (a number of his books have been run as online series), and his honesty and openness about writing, such as his non-fiction works, that has helped him to remain a key, cult figure in the horror and supernatural writing market.

After all, we know all there is to know about King and his life thanks to his ongoing social media sharing and his non-fiction books, such as On Writing: A Memoir of the Craft. He is also known to run podcasts and share his thoughts on social media and his official site has a YouTube channel, as well as pages on some of the most popular social network sites including Facebook and Twitter. 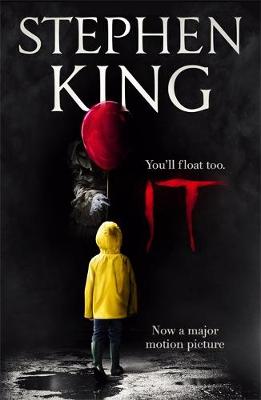 His works themselves are ingenious, varied and unique, and they make for great adaptations. Recently his fantasy series The Dark Tower was made into a film, and his murder mystery novel Mr Mercedes, which mirrored hardboiled detective fiction, was adapted into a TV series with Brendon Gleeson as the protagonist. By writing across genres, King has been able to reach readers with a variety of tastes, and the adaptability of these books, and their enduring popularity on screen, has helped him reach those who prefer to watch rather than to read.

The writer has also created an enduring legacy, with many members of his family now writing successfully, including his children and wife. In so-doing King has creating a writing clan comparable to the Kardashian’s in its influence, with himself firmly ensconced as the kingpin (deliberate pun).

At the end of the day, King’s works remain a strong influence throughout the horror/ thriller genres, and his enduring popularity and influence will, thanks to his extensive back catalogue, continue on for many decades to come.